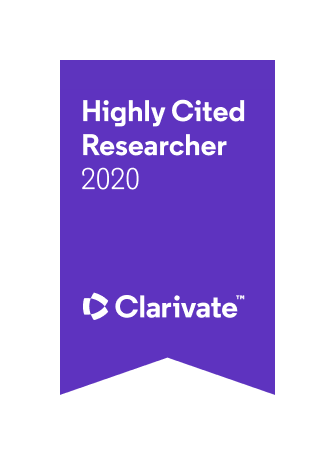 Giancarlo Fortino is Full Professor of Computer Engineering at the Department of Informatics, Modeling, Electronics and Systems (DIMES) of the University of Calabria (Unical), Rende (CS), Italy.

He is Distinguished Lecturer of the IEEE Sensors Council, term 2021-23.

He is co-founder and CEO of SenSysCal S.r.l., a spin-off of University of Calabria, whose mission is the development of innovative systems and services based on Internet of Things technology for health care, energy management and structural health. He is the Director of the Postgraduate School (2nd Level Italian MSc) on INTER-IoT: Integrator and Manager of IoT Systems.

He has been involved in many research and development projects in the research/technical areas of Internet of Things, wireless sensor networks, intelligent and mobile agents, and content delivery networks. He gained funding for more than 3MEuro. In particular, he was the deputy coordinator and STPM of the EU-funded (8MEuro) H2020 project INTER-IoT (Interoperability of IoT Platforms).

He is author of 450+ papers in international journals (200+ papers in Top-level Journals including IEEE, ACM and Elsevier), conferences (majority IEEE conferences) and books (edited by Springer and IEEE Press).

From the bibliometrics viewpoint, according to Web of Science, he has currently 12 highly cited papers and is WoS Highly Cited Researcher 2020 (the only Italian in the computer science area). He is also in the list of Top Italian Scientists (TIS) by VIA-academy and Guide2Research, with h-index=53 and 11000+ citations according to GS. According to the SciVal tool based on the Scopus database, in the last 5 years (2015-19), he is ranked N. 39 in the Computer Science field in the ranking of Top 500 authors, by Scholarly Output in the World, based on the FWCI index, is N. 1 in the Research Area “Hardware and Architecture” and N. 1 in the topic “Body Sensor Network; Smart Object; Interoperability”.

Bibliometrics. He is WoS Highly Cited Researcher 2020 (with 12 HCPs). He is also High-Impact Researcher according to Scopus in the last 5 years 2015-19 (Analysis done using Scival): he is ranked n. 39 in the World in the Computer Science field, N. 1 in the computer science research area “Hardware and Architecture”, and N. 1 in the research topic “Body Sensor Network; Smart Object; Interoperability“.

Leader of Scientific Research & Development Projects. He is leading or led University, Regional, National, Industry and International projects. Overall, he gained funding for more than 3M Euros. Currently he is the UNICAL responsible of the PRIN Project entitled “Fluidware” (2019-2022) funded by the Italian MIUR. The PRIN framework is the most important basic research framework in Italy. He was the Scientific and Technical Project Manager and Deputy Coordinator of the EU H2020 INTER-IOT project (http://www.inter-iot-project.eu/) accepted to be funded (8.2 MEuro) by the EU commission in the call ICT-30 “interconnected smart objects”. The project will start on January 1, 2016. INTER-IOT is aiming at the design, implementation and experimentation of an open cross-layer framework, an associated methodology and tools to enable voluntary interoperability among heterogeneous Internet of Things (IoT) platforms. The proposal will allow effective and efficient development of adaptive, smart IoT applications and services, atop different heterogeneous IoT platforms, spanning single and/or multiple application domains. Moreover, he is involved as responsible of workpackages in two applied research projects funded by the Calabria regional government: SmartDistr (agent-based logistics middleware) and LocubiRehab (rehabilitation platform based on Cloud-assisted body area networks). Since 2008 he has had a University project accepted and funded each year. In the 2004, he received a project grant in the framework of Young Researcher projects from the University of Calabria. From 2002 to 2004 he was the responsible of a Bilateral Project (The COMODIN project – Cooperative Media On-Demand On the Internet) funded by the Italian Government, between University of Calabria and Universitat de Valencia, Spain. From 2004 to 2005 he was the responsible of the EU-funded AgentLink project (a project on technology transfer of agent-based computing) for the University of Calabria. Since 2007, he has been funded by Telecom Italia, the main Telco operator in Italy and one of the main International Telco operators, for the International SPINE (Signal Processing In-node Environment) project, which was launched by Telecom Italia, University of Calabria, Telecom/Pirelli WSN Berkeley Lab and University of Berkeley (CA), and is currently fully managed by his group (http://spine.deis.unical.it). Since 2009, he participates, as responsible of the University of Calabria, to the EU-funded CONET project that is a network of excellence promoting wireless sensor networked and cooperating objects technology. From 2011 to 2013, he has been the principal investigator and responsible of the research objective 4 (Middleware for Smart Objects) of the TETRis Project funded by the Italian Government. He was the Unical technical project coordinator (TPC) of the FP7 ENIAC E2SG (Energy for Smart Grid) project, and also Unical responsible of workpackages in the INMOTO (related to smart objects and IoT) and AD-PERSONAS (related to e-Health) national projects funded by the Italian Government. He was the scientific responsible of four scientific/didactics projects in the framework “Messaggeri della Conoscenza (Messengers of Knowledge)”, funded by the Italian Government. Moreover, in 1999, he participated as member with a grant to the research projects “Priority Encoding Transmission (PET)” funded by the National Science Foundation (NSF) at the ICSI (International Computer Science Institute), Berkeley (CA), USA.

PhD Mentorship. He is currently in the committee of the Doctorate in Systems and Computer Engineering (University of Calabria, Italy), of which he is vice-coordinator, and in the committee of the Doctorate in Computer Science and Telecommunications (University of Catania, Italy). He has supervised/is supervising several PhD students on different research topics, including body sensor networks, IoT, agent-based computing, wireless sensor networks, and workflow management systems.

Entrepreneurship activity (2010-on-going). He is the main co-founder and CEO of SenSysCal S.r.l., a spin-off of University of Calabria, whose mission is the development of innovative systems and services based on wireless sensor networks for health care, energy management and structural health. Moreover, he holds an Italian Patent on a cuff-less, portable, sensor-based system for measuring the human blood pressure 24/7, under movement and in real-time.